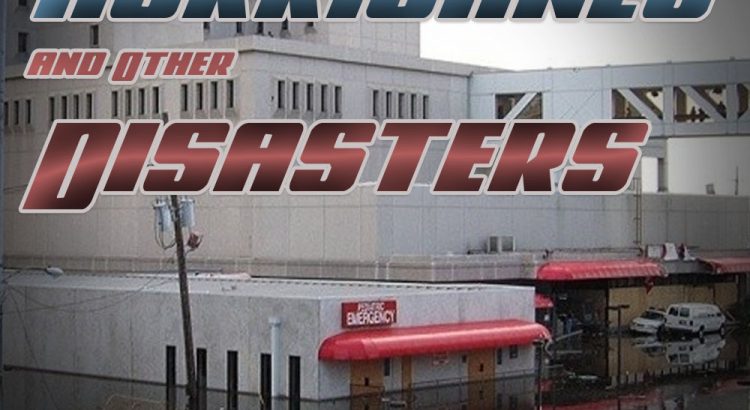 While we tend not to think of worst case scenarios, it is important that we are prepared for them. Natural disasters are inherently unpredictable, and it is up to individuals and organizations to be prepared when disaster strikes. Unfortunately, we may not be as prepared as we would like to think. According to the National Health Security Preparedness Index, which measures health protections from numerous sources, the United States is not as adequately prepared for wide scale health emergencies as we should be. The Index rates the United States at a 6.7 out of 10, and while this score has increased from previous years, the rate at which it is growing is slowing. Worse, healthcare delivery was rated at a mere 4.9 out of 10.

What Can Be Done?

In emergency situations, hospitals must be fully prepared to render aid to any and all affected. After all, communities cannot rebuild and return to normalcy when the populace is isn’t healthy. Ensuring that your hospital is ready for natural disasters is crucial to your community’s peace of mind. It is vital that doctors, nurses, and medical staff are able to be relied on in times of crisis, as their services are crucial to preventing natural disasters from turning into health crises. A recent study by American College of Emergency Physicians (ACEP) surveyed a group of 247 doctors and found that 93 percent believed their hospitals were not fully prepared to deal with large patient influxes due to disasters. Making sure that your medical personnel have the right equipment to handle large patient influxes such as those occurring in natural disasters is just as important.

Disaster can strike at any time, and while hurricanes can be tracked, they cannot be stopped. It’s a fact that America’s power infrastructure is decaying, and relying on traditional wall outlets in an emergency could lead to serious medical consequences. Making sure your medical equipment can operate for extended periods without relying on the power grid is crucial to making sure your hospital is prepared for disasters.

Traditional desktop computers rely on external uninterrupted power supplies (UPS) for emergency power. These are fine, but require floor space and IT monitoring and setup, and cannot be moved in an emergency. Medical all-in-one PCs are touchscreen enabled computers that can feature hot-swap battery technology, allowing them to act as their own UPS. Tangent’s lineup of medical all-in-one PCs features PCs that are capable of running off battery power without being plugged into walls. This allows them to be mobile computers, going wherever they are needed. Medical Tablets are also battery operated, and just as capable as traditional computers. Medical Tablets can serve as on-the-go medical PCs in disaster scenarios, allowing doctors to treat and track numerous patients at a time. In search and rescue operations, medical tablets are portable enough to serve first responders without inhibiting their mission. Having medical tablets on standby is just one way to prepare your hospital for natural disasters.

A hospitals priority should be to serve the public’s health everyday, including days when disaster is unfolding. Allocating Medical all-in-one PCs and medical tablets are just two of the ways that your hospital can better prepare itself for the inevitable.