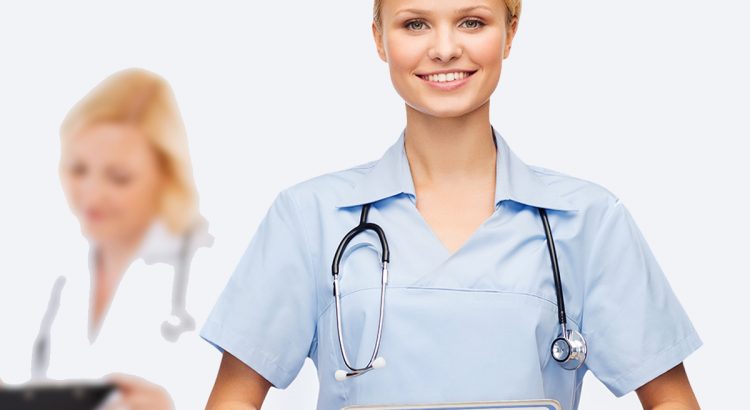 In no other field is staying on the edge of technology as important as it is in the medical field. Each day, new advances in medical technology are helping people live longer, happier lives. While some technology can assist in diagnosing, patient care, or even surgery, we should not overlook the clerical side of technology that is making hospital paperwork far more efficient.

According to a study commissioned by Phillips on future health, 80% of medical professionals have shared information electronically and 76% utilize digital health records (DHRs) on their medical grade PCs. However, despite this large DHR utilization, only 57% report that having full access to a patient’s DHR has positively impacted them. With the disparity between these two statistics, it’s important to address the lack of enthusiasm surrounding the widespread implementation of DHR use.

Ditch The Pen And Paper

While DHRs are quickly becoming the de facto method of patient information storage, sometimes vital information is left out unintentionally. When doctors take pen and paper notes, or rely on scribes to take notes for them, they create valuable insight into a patient’s life. What they eat, their allergies, their daily routines; all things that can directly affect their health. However, there is no guarantee that these hard copy notes will ever be digitized, and potentially life saving details can be left out of the DHR. Encourage your medical staff to fully utilize their medical grade PC when taking notes to ensure that all patient information is digitized. Many medical grade PCs and medical panel PCs come equipped with a front facing camera, so in the event a staff member does write down crucial information, it can be easily added to the patient’s DHR.

While professional medical staff may find DHRs easy to use when they have them, they may be off put by how difficult they are to find. Medical panel PCs with smartcard readers and RFID technology can rectify this problem by allowing professional medical staff to safely and securely store the pathing to patient information, without having to worry about memorizing the correct way to get to the patient’s information. The same smartcard technology can be used to allow professional medical staff to login to their medical panel PC or medical grade PC without having to remember a long and complex password, saving them from a potential headache and call to I.T. The RFID technology utilized by medical grade PC’s can also be used to track medical equipment that is shuffled around the hospital, allowing for every item to be accounted for.

It’s no secret that some people are averse to technology, but that does not mean we can’t make them more comfortable with it in the workplace. Medical panel PCs are medical grade PCs that feature a sleek, all in one design. That means that they can function as fully fledged medical grade PCs without needing a bulky tower, keyboard, mouse, or separate monitor. Simply plug them in, and they are good to go. The simplicity of medical panel PCs’ design and their robust features such as smartcard readers and RFID technology means that they are sure to raise professional medical staff’s mood towards the digital side of their job. Medical grade PCs are built for the medical world, and can make medical staff’s use of DHRs far more positive. 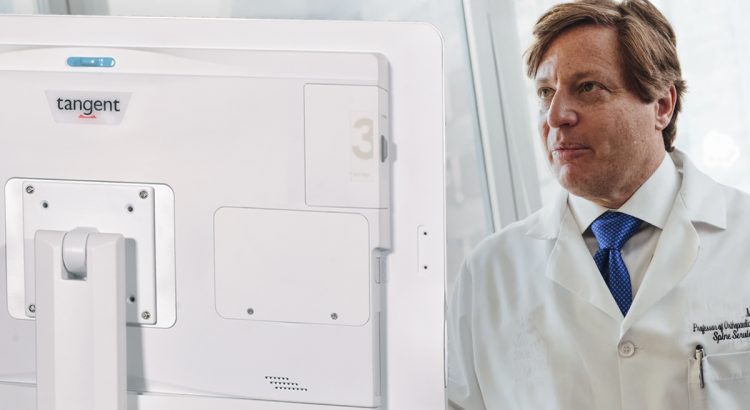 While we would all like to meet our doctors in person for our personal care, this is not always possible. Patients with disabling conditions, those bed ridden, and others who are simply too sick to come into the doctor’s office for a visit may feel alienated from the care they have come to expect from their primary care physician. Telemedicine offers a promising solution to this crisis, allowing for patients to meet with their primary care physicians remotely. In essence, Telemedicine utilizes technology such as medical LCD monitors to remotely connect a physicians sitting in their office to a patient resting at home.

While it may seem like the need for telemedicine over a medical LCD display is slim, in reality 61 million American Adults, or 26% of all Americans, live with a disability according to the CDC. Further, 13.7% of Americans are mobility impaired in some way or another, comprising more than 1 in 10 Americans. These Americans need medical care the most, and should not be excluded from seeing their primary care physician on a routine basis. Medical LCD monitors can help over 1 in 10 Americans access the medical care they need without putting an undue burden on them.

Using Telemedicine To The Fullest Extent

The reason that telemedicine that utilizes medical LCD monitors  is so promising over a traditional phone call is the face-to-face connection that it allows for. Over a phone call, Doctors have no clue what their patients look like at that moment and have to diagnose or treat purely based on the patient’s descriptions. As they say, a picture is worth a thousand words. Medical LCD monitors  allow doctors to interact fully with patients, and see them as if they were sitting in the same room.

With a medical grade PC like the Medix E22B, doctors can video call their patients with a high pixel camera that allows for pristine video quality. Over such a call, doctors can ask patients to hold up areas of their body that need diagnosing, and take a screenshot of the video. Where medical LCD monitors fit into this equation is as a second monitor. A second medical LCD display monitor allows doctors to dedicate their primary monitor to the video call with their patient. This allows the doctor the freedom of browsing medical records, looking up medical information, or taking notes on the medical LCD display without interrupting their video call with their patient. Patients will feel more confident that they are in good hands, as their doctor never leaves them over the course of the video call.

While there is no one size fits all solution to medical care, there are small solutions that can make a big difference for those underserved by traditional medical care. Medical LCD monitors are one tool that can make telemedicine better, friendlier, and more accessible to those who truly rely on such care options. 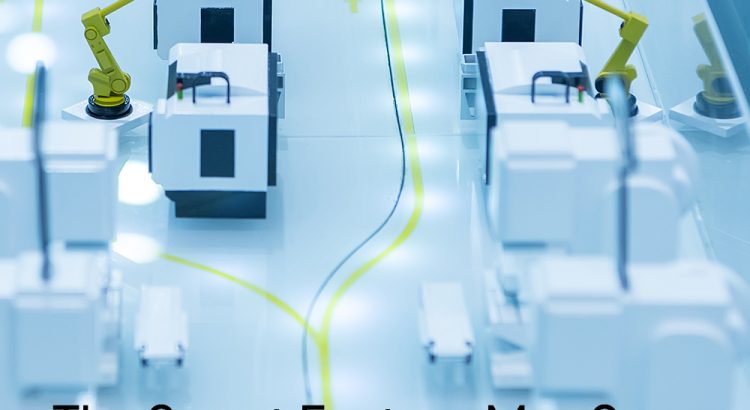 It’s no secret that U.S. manufacturing has been in a steady decline in recent years. Outsourcing, cost of labor, and other factors have made the price of manufacturing in the U.S. soar. But this trend may soon reverse, as a survey by Deloitte and the Manufacturers Alliance for Productivity and Innovation (MAPI) suggests, thanks in part to the revolution of smart factories. A smart factory, as described the survey, is one utilizing the latest technology such as industrial grade PCs to create a digitized factory. Deploying the latest technology into your factory can help transform it into a smart factory, potentially tripling productivity.

The Stagnation Of Labor Productivity

While wages for workers have remained relatively constant over the last few decades, productivity has seen a drastic increase. This is good news for manufacturers, as it allows for a wider profit margin. However, this trend appears to have come to an end as the survey concluded, “In spite of the continual improvements in equipment, software, and management approaches, the annual labor productivity growth rate in the United States was around 0.7 percent in the years between 2007 and 2018, and showed zero net average growth during the past five years.”

However, factories in the process of turning into or are already smart factories have reported up to 10% gains in as little as three years. These early adopters of the smart factory lifestyle expect to increase their productivity across the board another 2% over the next year!

Transforming Your Factory Into A Smart Factory

In an age where even your fridge can be “smart” it is important that we determine what a smart factory actually looks like. In order to truly be a smart factory, it will take more than just having wifi for everyone’s laptops. Deploying and utilizing the internet of things (IoT), smart transfer systems, cloud computing technology, analytics, artificial intelligence, and augmented reality systems will be crucial to the smart factory of tomorrow. One thing that all of these new technologies have in common is their ability to utilize industrial grade PCs. 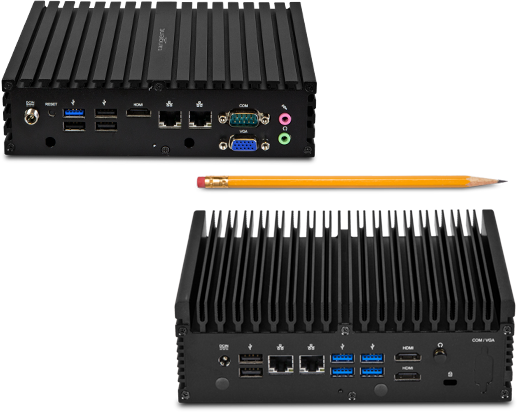 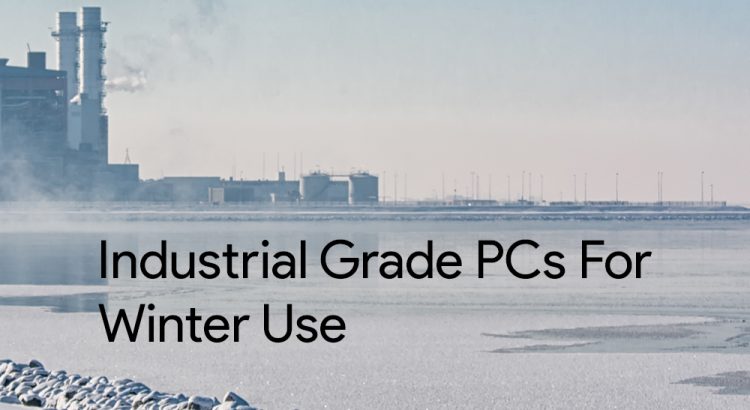 Winter is one of the best seasons, allowing for friends and family alike to gather together and enjoy one another’s company. These sorts of festivities are only bolstered by the cold weather, which promotes people staying indoors and keeping warm. While winter may be fun for people, it presents a unique challenge to the industrial sector. Making sure that your industrial equipment can withstand the frigid temperatures that winter brings is important when selecting equipment for use in climates that are particularly affected by the seasonal change. Upgrading industrial equipment, such as industrial grade PCs, before the onset of winter can help ensure that your site does not have any unnecessary halts in production.

When thinking about PCs, it may seem as though you only have to worry about them overheating, after all they do have fans to keep them cool. However, prolonged exposure to cold can have adverse effects on PCs as well, causing physical warping to components and risking condensation damage. Commercial grade PCs are not built for such conditions, and may suffer these sorts of damage. Industrial grade PCs are an elegant solution to the extreme cold, as many can operate in such conditions. Industrial grade PCs like the Rugged Mini E2 or Rugged Mini C1 from Tangent can operate at temperatures as cold as -40 degrees Fahrenheit. WIth this sort of resistance, there’s seldom a place that these industrial grade PCs can’t be used: