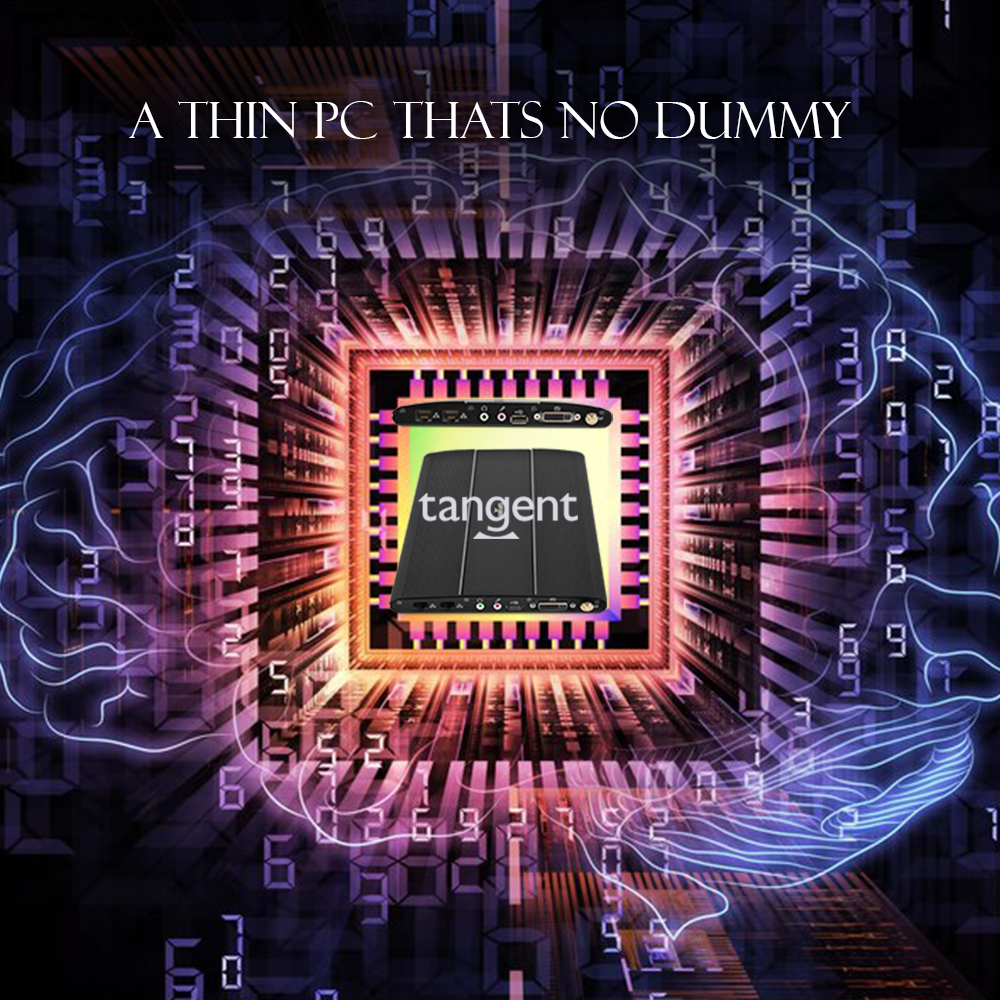 A Thin PC That’s No Dummy

As far as thin form factor PCs are concerned, the business tech field was dominated for a long time by terminal/thin client computers (also lovingly referred to as dumb terminals) that are used to connect to a Citrix or similar type of application farm, or to a virtual desktop. Though they are small and effective for cost-conscious enterprises, dumb terminals don’t offer much in the way of computing power or functionality, and what affects the farm server, affects every user connected to it. When a Citrix server goes down, the work day comes to a screeching halt for all. This is, of course, a nightmare scenario for any business carrying out critical functions. And these systems are not industrial grade computers either. When one fails, they are as good as trash. Full functioning PCs did exist as small form factors, but space was a problem due to the size of hard drives, so performance and features were lacking.

As time marched on and technology advanced, computers have been able to shrink drastically and improve in performance. So much now that a fully functional PC can be even smaller than the thin form factors of a decade ago. For example, Tangent’s Rugged L1 small form factor industrial computer comes with up to 2TB of storage and 8GB of memory, but is a featherweight system at an astounding 2.9lbs. Space is always at a premium on tiny computers, but Tangent managed to offer a USB 3.0 port, two USB 2.0 ports,serial ports, one Mini PCIe expansion slot, WiFi, and up to two Gbit LANs onto the miniscule Rugged L1 industrial computer. It also helps that the industrial computer is durable and built to last for years, so there won’t be a need to be switching out the PC often.

Where can we find such small and autonomous industrial computers at work? Anywhere where workspace is a consideration or the computer needs to be out of sight. The Rugged L1 industrial computer was built to be able to be mounted most anywhere, including the back of a monitor. This is a useful application for small work areas or in lobbies/waiting rooms where the public is able to use the computer. A sleek, uncluttered terminal makes for a very professional appearance and enhances clients’ perception of the establishment, be it a hotel lobby or medical office. Speaking of medical areas, counter and desk space is often in short supply there, so a clean, compact small form factor industrial computer fits the bill perfectly. And being fanless especially ensures a clean working environment.

From my experience, dumb terminals and other small form factor computers of the past had to have a specific monitor with a mounting bracket for the system, or the computer came with a flimsy stand. The L1 industrial computer has VESA mounting capability that offers installation flexibility. The VESA compliant mounting plates come in sizes such as 100mm x 100mm or 75mm x 75mm, meaning that this industrial computer can be mounted on mobile carts, video displays, monitor backs, up against a wall–  the options are boundless. The industrial computers offered by Tangent can be highly customized to suit the specific needs and environment of their clients.