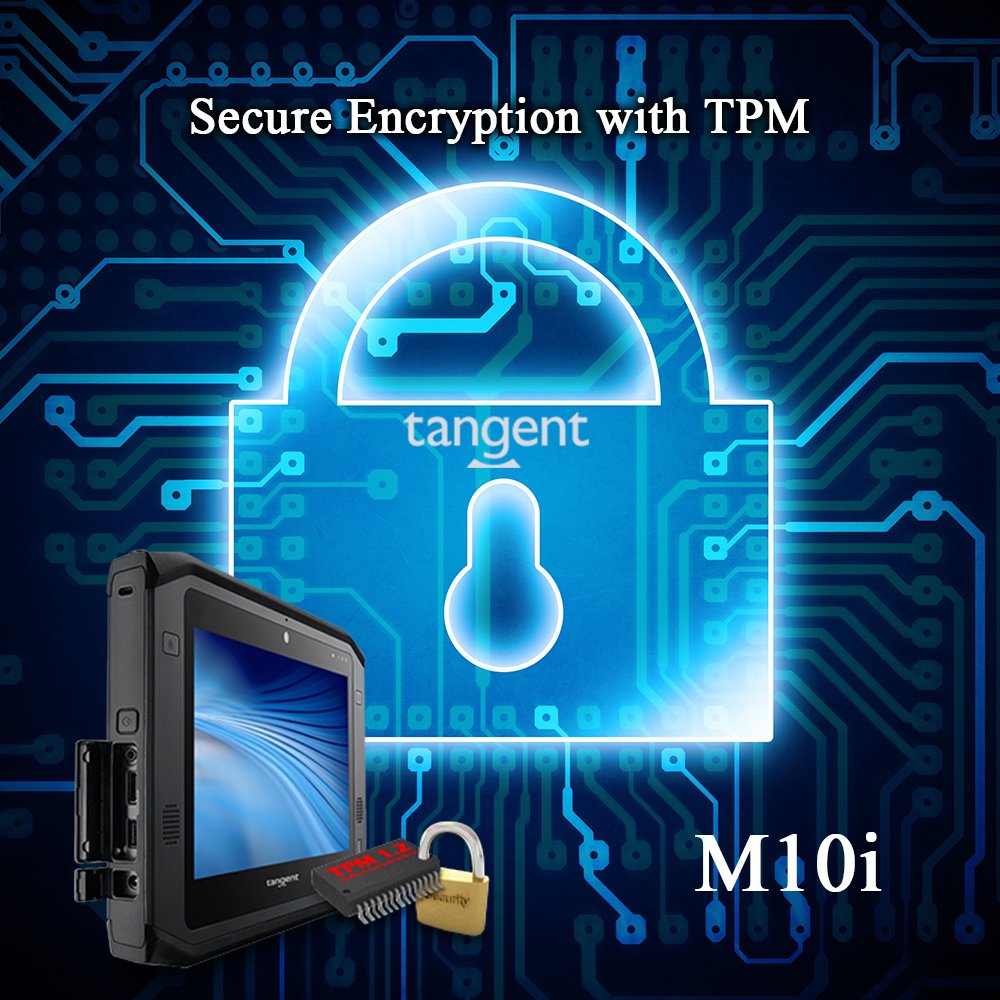 Today we’re going to delve into a feature that’s often mentioned on Tagent’s medical computers and tablets spec sheets, but not often expanded on: TPM Support. The Trusted Platform Module (TPM) is an international standard for a secure cryptoprocessor.  A cryptoprocessor is a dedicated microcontroller built into computers that is designed to secure its hardware. This is achieved through the use of integrated cryptographic keys. That sounds like pretty high tech stuff, but put simply, a cryptographic key is a string of bits used by an algorithm to change plain text into cipher text or vice versa. The key is private and ensures secure encryption and decryption of data on the computer. With that knowledge, it’s fairly simple to see why it would be a useful feature on a medical computer containing patient health information.  The TPM helps support the integrity of the computer platform and boot process, device identification, authentication, disk encryption, password protection, and more. That’s a pretty good resume for one small microcontroller. It’s such a significant component that the United States Department of Defense specifies that “new computer assets procured to support DoD will include a TPM version 1.2 or higher.”

Most all of Tangent’s medical grade computers and tablets come standard with TPM 1.2 or 2.0.  The new Tangent M10i medical tablet PC has the TPM 1.2 support standard, as well as a rugged casing to prevent damage from being dropped, and is tested to strict military standards for shock and vibration resistance. The medical tablet also has a top of the line high brightness multi-touch surface with Gorilla Glass panel and digitizer. Gorilla Glass is known for its high quality touch device screens and is found on most of the leading smartphones, tablets, and watches. The M10i tablet comes standard with dual cameras: a two megapixel front facing camera, and a five megapixel rear camera with flash. One of its more impressive features include a hot-swap battery function that allows for eleven hours of uninterrupted operation. The 10” medical PC boasts a 4th Generation Intel® Haswell Core™ i processor, up to 8GB of memory and can be mounted on a number of surfaces including vehicles and medical arms.

The 13 inch T13 medical tablet PC from Tangent comes with TPM 2.0 support. The 2.0 standard supports a few more encryption algorithms and different kinds of structural hierarchies amongst other things. This is very handy for the T13 medical computer since it comes equipped with full slot smart card and SD card readers that allows for accepting credit card payments or using smart cards for authentication. This versatile machine can be used with a hand strap for users on the go, with an integrated stand, a desktop charging cradle, or can be mounted walls and vehicles with its VESA 100 mounting bracket. The T13 medical tablet is ruggedized and perfect for daily work in hospitals because of its ABS plastic enclosure w/ rubber corners, IP54 rated front panel, and antimicrobial treatment. Tangent’s medical computers are truly secure both inside and out!