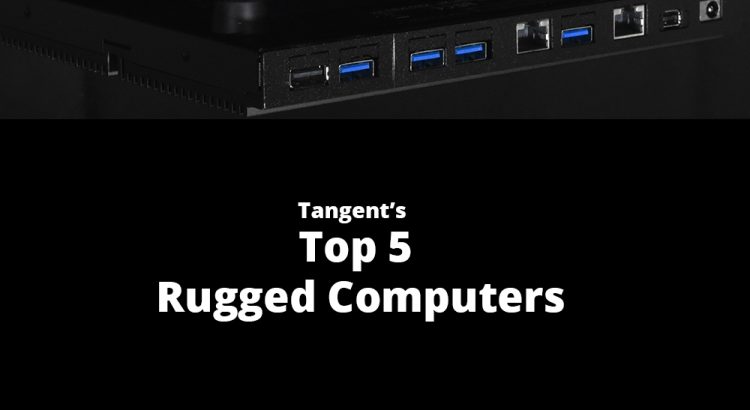 The Rugged Mini Tank from Tangent is named aptly, being one of Tangent’s most durable rugged computers. The Rugged Mini Tank meet military standard specifications for dust, shock, vibration, rain, humidity, solar radiation, and more. The fanless design coupled with a solid state drive means that this rugged computer has no moving parts whatsoever, and can withstand shocks and drops commercial PCs couldn’t fathom. In addition, the Rugged Mini Tank can operate in extreme temperatures from -4° to 158°F without any damage to the rugged computer. These features combine to make the Rugged Mini Tank the perfect in-vehicle computer for any vehicle. Whether it’s equipped to a tractor going through a bumpy construction site or a forklift in a warehouse on a hot summer’s day, the Rugged Mini tank will be able to perform as if it was sitting in an air conditioned office.

The Rugged Mini S from Tangent is a sleeker rugged computer, being 33% lighter than the Rugged Mini Tank. No compromises were made to achieve this smaller size however, the Rugged Mini S also sports one of the latest Intel Core I7 processors and can be equipped with a massive 32 gigabytes of DDR4 RAM. RAM stands for random access memory, and serves as a temporary storage area for programs that are in use. Having more RAM built into a computer means that the computer can multitask on numerous programs without lag. The large capacity of RAM on the Rugged Mini S makes it perfect for situations where numerous programs must be run at the same time, such as on a medical cart. When equipped to a medical cart, the Rugged Mini S can operate all the various sensors and programs required of it simultaneously, without delay. The Rugged Mini S also features a TPM security module that protects the rugged computer from any unauthorized requests for sensitive information, saving your hospital from costly data breaches.

The Rugged Mini I from Tangent ups the ante when it comes to rugged computers, being able to support not one, not two, but three monitors simultaneously. When you need to work on a complex job that requires multiple programs or web pages operating at the same time, the Rugged Mini I is your solution. Triple monitor support also makes this rugged computer perfect for digital signage, as its wide operating temperature range and solid chassis allows it to display advertisements or information consistently. Clocking in a mere 2.42 pounds, this rugged computer can be placed in any situation while providing the power needed to display extremely large images. 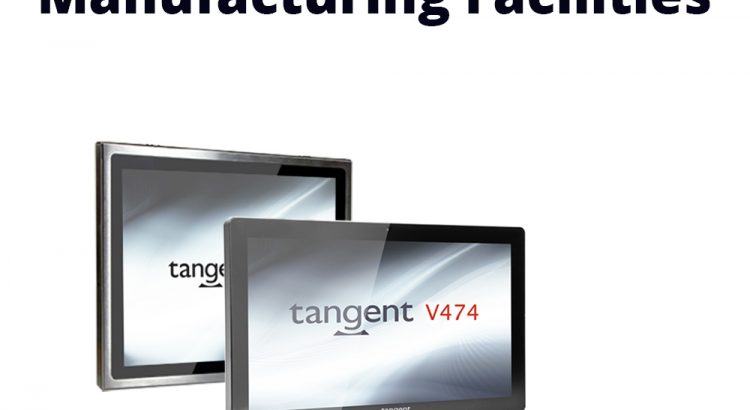 There is no longer any doubt that computers are an invaluable tool for the manufacturing process, and not just a trivial trend. The rise of networked computers being widely accessible has ushered in the era of industry 4.0, in which computing power is no longer a luxury but a base requirement. But not just any computer can withstand the conditions presented by a factory floor. Home computers are not built with manufacturing facilities in mind, employing fan based cooling systems that would choke up in a factory. Commercial computers are a step up, but also face durability issues in factory environments.

Panel PCs from Tangent are designed specifically for manufacturing facilities, and can be used in nearly every aspect of your factory floor. All-in-one Panel PCs from Tangent do not require a mouse, keyboard, or large bulky tower to operate. The entire computer is housed in a sleek, flat monitor that supports industry standard VESA mounting and can be placed anywhere. This space-efficient design saves valuable factory floor space, as panel PCs do not require entire desks to be placed for their use.

The Vita KW Panel PC line from Tangent meets the demands of a manufacturing facility, with four sizing options to fit every workstation at the factory. Vita KW Panel PCs come equipped with both Ethernet and Wifi capabilities, ensuring that these panel PCs will be able to connect easily to your pre-existing network. Like all panel pcs, the Vita KW line does not require extra peripherals such as mice, keyboards, or towers to function; the built-in true flat touchscreen is as intuitive for workers to use as their own cell phones.

Industrial computers need to be able to withstand the toughest environments a factory floor can offer, and the S Series panel PC line from Tangent was designed with this fact in mind.The S Series is IP69K certified to be extremely water resistant, being able to withstand blasts of stray liquids with ease. The fanless cooling design of the S Series negates dust ingress, ensuring that the S Series can operate in dust filled environments as effectively as dust-free ones. Panel PCs not only need to survive potential water damage and dust build up, but also physical conditions common in the manufacturing process. The S Series of Panel PCs are rated for 1G vibration resistance, meaning that the S Series can be mounted in conditions in which other computers would not be able to withstand. 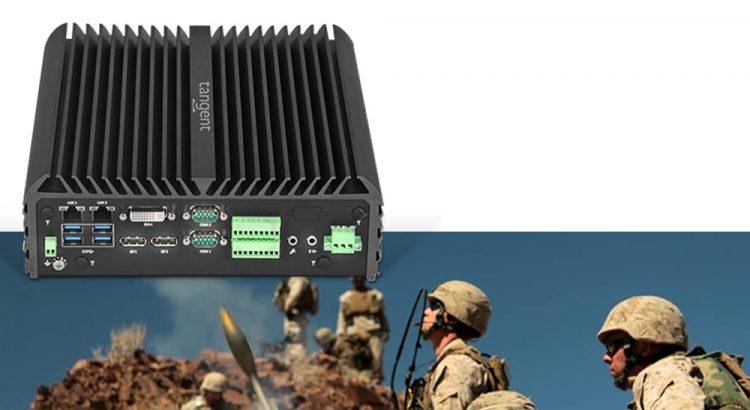 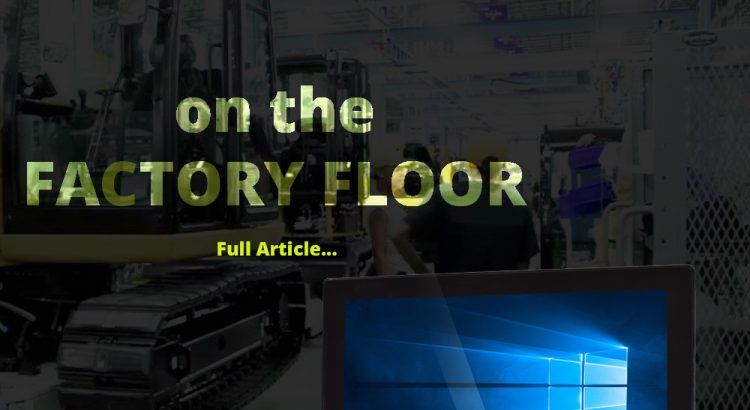